When you think about antivirus, you don't tend to think too much about its appearance. Typically, your concern is that the AV works and isn't too hard to figure to out. With Panda Dome Complete, however, you can't help but think about its looks.

Similar to Microsoft's Bing homepage, Panda Dome features a beautiful background photo, with the interface elements placed on top of it. It's an interesting alternative to the usual flat, bold-color AV interfaces. It might take some getting used to, but the image doesn't obscure any of the important parts of the UI.

That's good, because Panda Dome Complete is chock-full of features, all of which get their own tile on the primary interface.

You'd think a ton of features would come with a higher price, and that used to be the case. More recently, however, Panda Dome has come down in cost. Newcomers can cover from one device at $64.49 all the way up to 10 devices at $121.49; with the sweet spot being $78.74 for five devices. Regular prices range from $85.99 for one device up to $161.99 for 10 devices. Those prices aren't bad and about what you'd find elsewhere. There's also a month-to-month option if you don't want to commit, as well as longer term two- and three-year subscriptions for those who want to take advantage of the first-time pricing.

Note: This review is part of our best antivirus roundup. Go there for details about competing products and how we tested them. 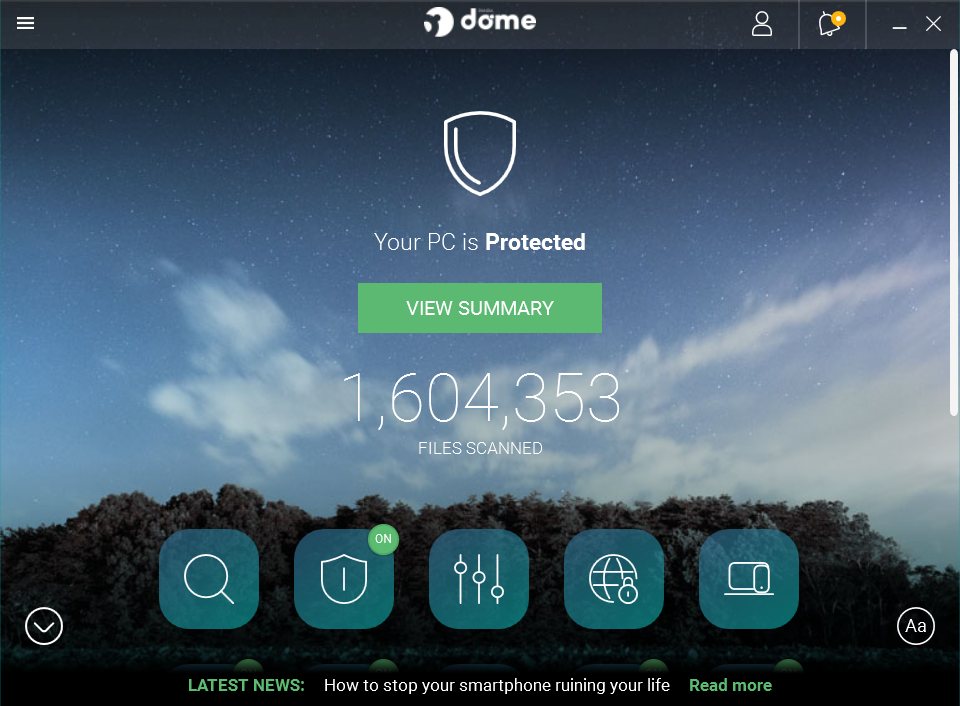 Earlier versions of Panda, such as Panda Gold Protection, tried to cram a lot of features into a tiled interface with multiple pages. In Panda Dome Complete, all of the main features are listed in a single scrolling list of iOS app-like icons. If a feature is active there's an ON badge in the upper-right corner of its icon.

The first icon in the dashboard is Scan. Click that and a smaller window opens up with three options: Critical areas, Full scan, and Custom scan. The last two options are self-explanatory, while Critical areas scans memory, running processes, browser cookies, and other data for malware. It's nice, easy, and straightforward.

Going back to the primary interface, the Antivirus icon is where you can see information about your latest scan, quarantined files, and scheduled scans.

Panda has also added an update manager that searches for updates to your apps and Windows itself. A number of other suites include a feature like this, but we're not entirely convinced it's necessary as most updates to Windows and apps are automated anyway.

Next up is PC cleanup, which oddly gets a place of prominence in Panda Dome. This is a common extra that top-level security suites offer, with tools like a disk defragmenter, hard drive cleaner, and a startup apps manager. All of these features are either built in to Windows 10 or you can get them for free with a third-party utility, but if you want them all in one spot, Panda provides that. 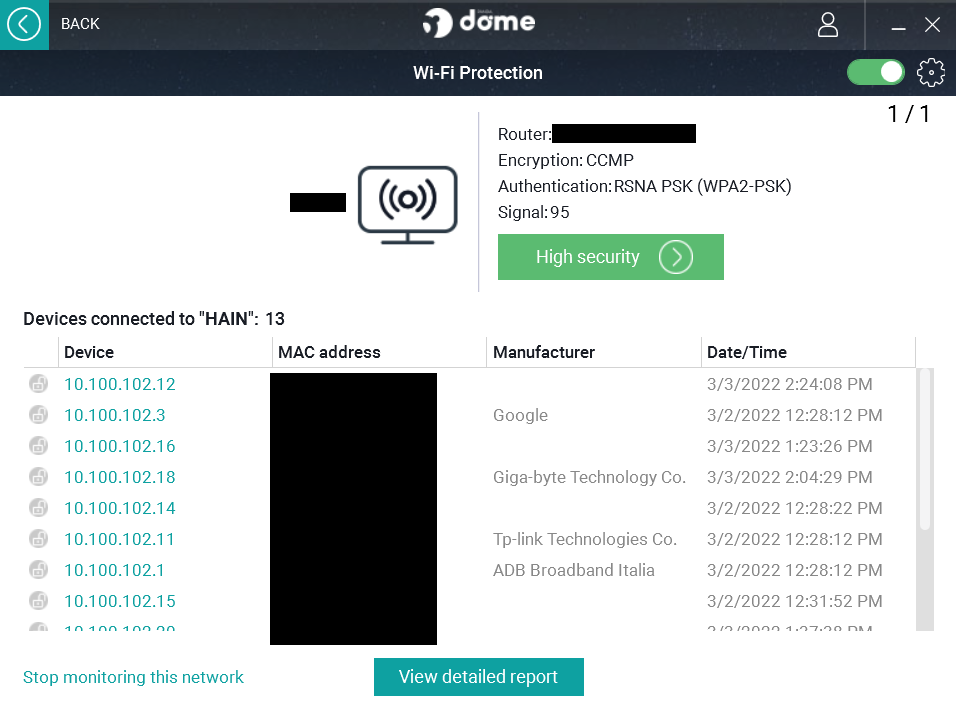 The suite also offers a ransomware monitor called Data Shield that's not enabled by default. There's not much to this: Turn it on, follow the wizard to enable it, and away you go. If you want to add specific folders that Data Shield doesn't include automatically, you can do so by launching Data Shield from the main menu, and then clicking the settings cog in the upper-right corner of the screen.

Another notable feature is Wi-Fi Protection. As we've seen with many smart home monitoring features from the likes of Eset and Bullguard, Panda's Wi-Fi Protection lets you see what's going on with your network. It isn't quite as user friendly as the other services since it just lists devices by IP address and manufacturer instead of device name. It may get a little more user friendly over time as the smart home trend grows. 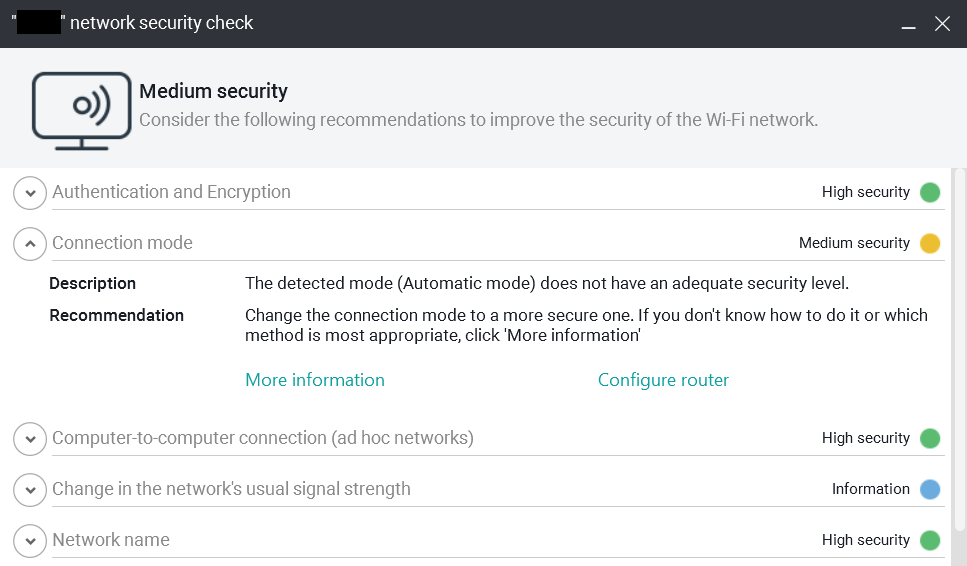 The most interesting feature of Wi-Fi Protection is its near-immediate auditing of the security level for your router. My home router popped up as medium security, for example, with a helpful checklist about what was going on. Panda liked my level of authentication and encryption, network name, and ad hoc network security.

It recommended that I change the connection mode to something more secure since mine was automatic. It then directed me to click a link to get more information. When I clicked on the link, however, Panda directed me to a help page with no relevant information for taking a deeper dive, but there was also a configure router link that took me to my router login. After I'd clicked the help page, however, my router security went up to high.

It seems to me that most people will end up with a medium security rating at first, because of their router's connection mode. Panda's help page for Wi-Fi Protection even shows a router with the same results as mine. It would've been helpful if Panda just said something like that right in the report card, such as, This router has medium level security. This is quite common and probably nothing to worry about, but if you are concerned click here to learn more. Then provide some actionable information behind the learn more link.

There are so many features in Panda Dome Complete that I simply can't cover them all here. Another nice one is called Process Monitor. This is a look at what's running on your PC right now. At the top you can see how many processes are being executed, how many need the internet, and if there are any processes that might be a threat. 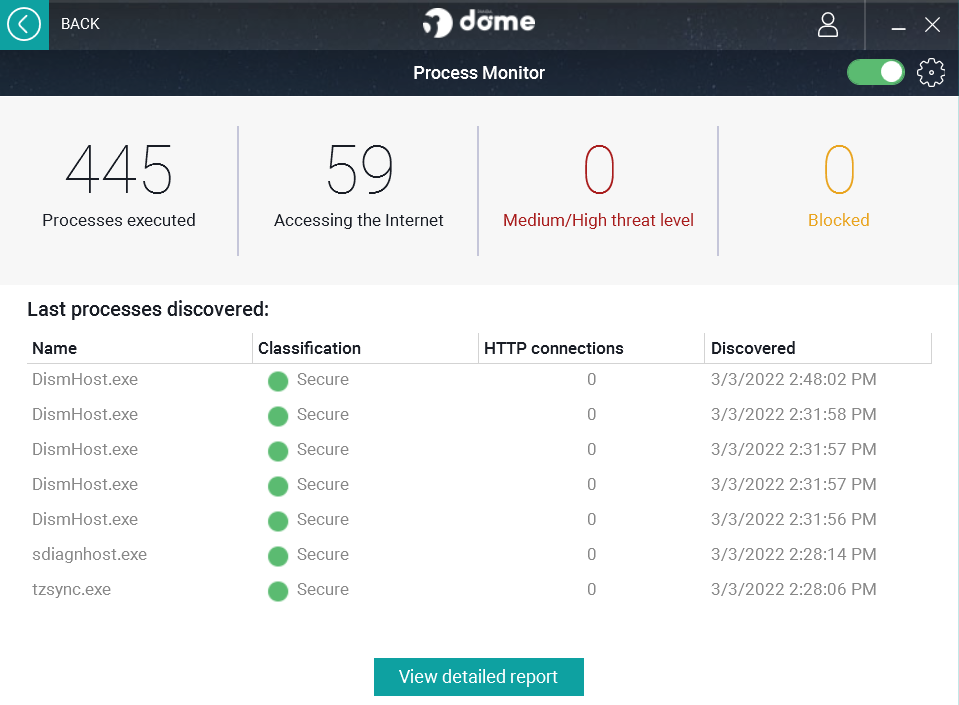 Under that is a list of the most recent processes discovered, with an option to view a report to get all the information you could ever want about running processes. The expanded list shows which processes are digitally signed, whether they're safe, and how many HTTP connections they have. It's all very easy to read and understand, and it's also a great way to get lost in PC nerdom for a little while.

Panda Dome Complete also has a USB-drive scanning feature that we've seen in other security suites. By default this feature will ask if you want to scan a thumb drive or external hard drive.

There are several other features, including an application control feature to restrict which programs can be executed on your PC, a device location feature called Anti-Theft, and parental control. 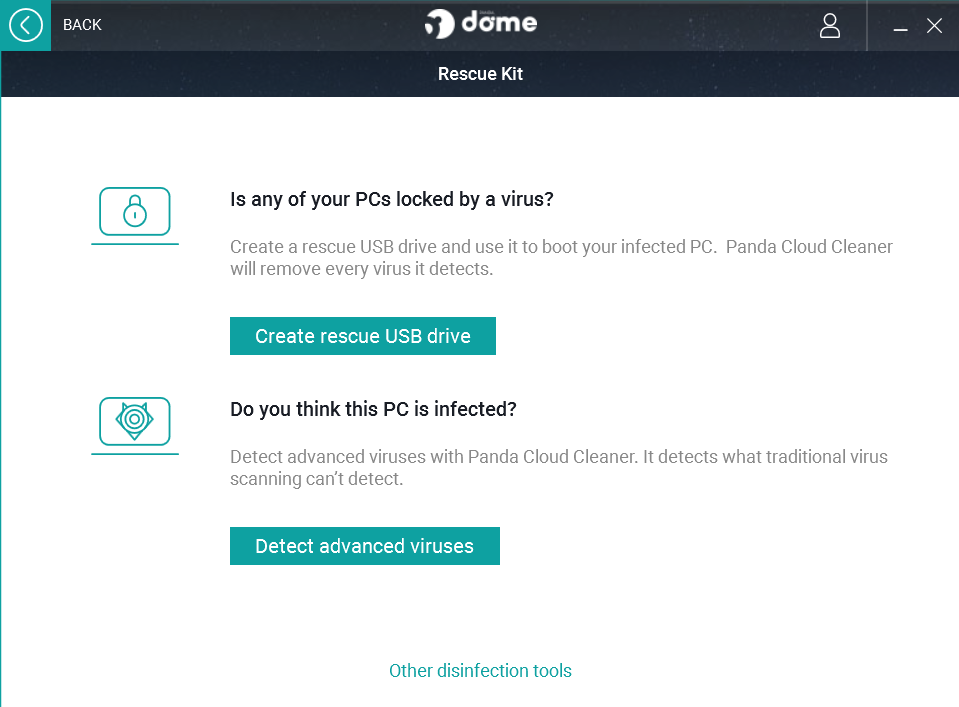 Two features that particularly stand out are Rescue Kit and the Virtual Keyboard. Rescue Kit is for dealing with advanced virus problems. It lets you create a recovery drive to boot your PC and then disinfect the PC. This should be done ahead of time or on a non-infected PC. If that's not an option, there's the advanced virus detector that uses Panda Cloud Cleaner—a virus-scanning app that can run on the desktop or off a USB stick—to take a deeper dive into your PC hardware.

Virtual Keyboard is a software keyboard you operate with your mouse. It's supposed to prevent any potential keyloggers installed on your system from siphoning credit card details or sensitive logins while you type them in.

If that's not enough, each icon has its own settings where you can tweak various options for all of Panda Dome's features.

At this writing, only AV-Comparatives has looked at Panda in recent months. The testing organization looked at Panda Free, but typically the more expensive suites use the same or similar detection engines. 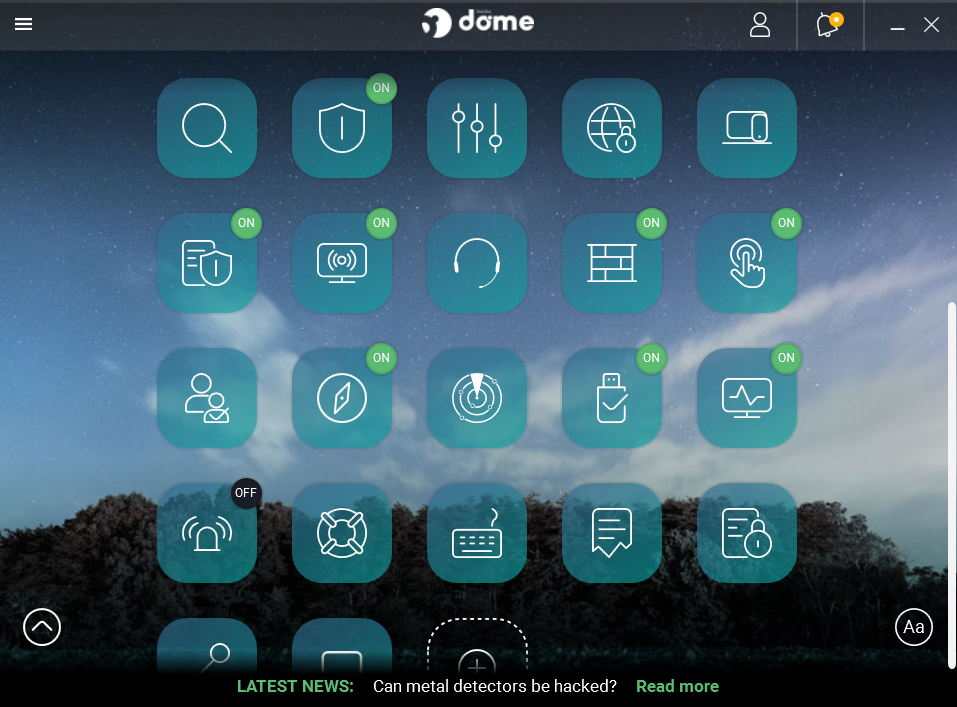 For our in-house tests, Panda actually improved performance in the PCMark 10 Extended test compared to the test PC without a third-party antivirus installed. The test rig scored 1,580 before Panda was installed, and 1,637 after installation and a full disk scan. We also ran Future Mark's UL Procyon benchmark that uses Microsoft Office. Here Panda dipped from 1,553 without the antivirus installed to 1,507. For the Handbrake test and the archiving test, there was no change in performance with and without Panda installed.

That's something of a mixed bag, but given the Procyon result we wouldn't be surprised if lower-end machines did feel an impact with Panda Dome Complete installed while running taxing Office files such as massive spreadsheets.

Panda Dome Complete offers a ton of features in addition to the usual malware protection and real-time scanning. Those extra features are almost too much for the average user, even in this simplified user interface. If you're a power user, however, all those bells and whistles will be appealing. Based on our tests, your performance should be fine except on some underpowered machines.