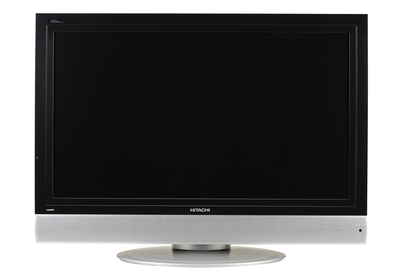 The Hitachi 37LD9000TA performed brilliantly in our HD gaming tests, but had some minor flaws in other areas.

The Hitachi 37LD9000TA is a 37in LCD TV with a native resolution of 1366x768. We tested the panel's standard definition and high definition performance and found it to be quite good, though a few image quality issues arose that hampered it from achieving excellence. In the high definition tests, it performed brilliantly while playing games but it suffered from some noise during the HD-DVD test. There was also some noise during standard definition playback but it was not as problematic as it was in the HD tests.

To check the high definition capabilities of the panel, we performed gaming and HD video tests at the 720p resolution and HD-DVD tests at the 1080i resolution.

Our gaming tests consisted of Ghost Recon Advanced Warfighter 2 and Tony Hawk's Project 8 on the Xbox 360. The image quality was excellent, with vivid colour and no noise or over-sharpening. The level of detail was on par with many high-end units on the market and there were no pixelation issues to speak of. The panel also handled motion very well, without any noticeable ghosting or jitter. If your primary purpose for buying a new LCD TV is gaming, you will be more than satisfied with this panel as we didn't find any problems at all during our tests.

We also ran HD video that had been authored in 720p. Unfortunately, the results of this test were not flawless. There was a little stepping in some background textures of one of the videos, particularly in areas where subtle shades of the same colour were present. This wasn't a massive problem, but it was certainly noticeable. Apart from that one problem, there weren't any other problems during the HD video tests. Just like the previous tests, the colours were excellent and there wasn't any over-sharpening or pixelation.

For our final HD test, we ran the Empire State Building scene from King Kong on HD-DVD. The minor noise that we noticed in the HD video test became moderate noise when viewing HD-DVD. This test was conducted at 1080i in order to give us an idea as to how well the panel can scale the image to fit the native resolution. Backgrounds exhibited a very noticeable level of noise, particularly on dark areas and greys. The New York skyline in this scene shows large amounts of moving pixels in the clouds. This is something we haven't seen when using the same source material on TVs from other manufacturers.

The Digital Video Essentials disc displays a series of still images that are designed to check the capabilities of a panel on a fundamental level. The most important of these is the greyscale block test which shows a series of grey blocks of various shades. We found noise in the lowest of these blocks, which looked like dancing, blocky pixels. The SMPTE colour test pattern also showed this noise in the lower grey blocks, but also showed some pixel flutter in the colour green block. The full greyscale test showed a little green and magenta discolouration at different points along the scale.

When we viewed the lobby scene from The Matrix we saw some noise in the dark areas of the image. However, from a comfortable viewing distance, this wasn't a major problem. Overall, the image quality during our DVD tests was quite good. There was a little over-sharpening on edges, but this was easily corrected by lowering the sharpness settings in the on-screen display (OSD).

The Philips CE 2006 Demo DVD is another series of still images, but rather than patterns, they are still photographs of real-life situations, which are used to check for colour over-saturation, over-sharpness and contrast issues. We didn't find any problems with contrast or sharpness, but there was a small amount of over-saturation in red colours. However, this was easily fixed by turning down the colour setting. You should keep in mind that doing this will lower the intensity of the other colours, too.

We connected the 37LD9000TA to a PC via the VGA D-Sub connection at the maximum supported resolution of 1024x768. Once connected, we ran DisplayMate Video Edition, a program designed to test for flaws in display panels. After running an extensive series of test patterns, we couldn't find any flaws at all. Media Centre PC owners will love the clarity of this TV, as well as the lack of over-sharpening and the accurate colour reproduction.

The Hitachi 37LD9000TA has a matte black bezel, silver speakers and a matching silver stand. The rear of the unit has one HDMI, two component, two composite, two S-Video connections and one VGA D-Sub connection. The left side of the panel has an extra composite and S-Video connector as well. The built-in tuner for this TV is only analogue, so you will need to live in an area with pristine reception or the image will look horrid. We advise that you pick up a digital set-top-box with this unit as digital television will look much better than what the integrated tuner can offer. The speakers are excellent and offer a rich and detailed sound up to about 80% volume, where they become distorted, getting worse the closer the volume get to 100%.

The Hitachi 37LD9000TA performed brilliantly in our HD gaming tests, but showed some minor flaws in our HD-DVD movie tests. In standard definition, it had some issues with image noise, but overall, the image quality was good. It was completely flawless in our PC tests, where the Hitachi proudly passed all tests with flying colours. If you plan to play HD games or connect the TV to a PC, this unit will fit the bill nicely.