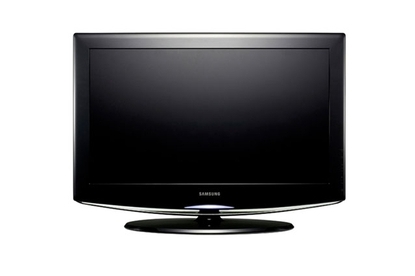 The Samsung LA32R81BD will undoubtedly be popular with consumers due to its design and reasonable price tag, but that's not the only thing it has going for it. If you're looking to buy an R8-series LCD TV, you won't be disappointed with its image quality.

The Samsung LA32R81BD is a 32in LCD TV with a native resolution of 1366x768. The pinnacle of the Samsung high definition range of TVs, it's the successor to last year's popular R7 series. Like that series, the R8 range exudes style while also belting out high quality images for a reasonable price. In our tests, we found very few problems with the unit and we're rather pleased with the improvements that Samsung has made.

In the past, Samsung TVs have been marred by oversaturated reds, without enough calibration options to tweak the colour levels. The R8 series has improved greatly in this respect. The image is still a little heavy on red (though far less than previously) but options have been provided to reduce the effect. The on-screen tools still aren't as comprehensive as other units on the market, but they're enough to remove most minor colour-level aberrations.

To test the unit, we ran high definition gaming and movie tests as well as standard definition DVD tests. In all tests, the unit proved to be in keeping with high-end expectations and proudly stood as a worthy successor to the R7.

For our high definition gaming tests, we connected the Xbox 360 at 720p and played Tony Hawk's Project 8 and Ghost Recon Advancer Warfighter 2. There was noticeable motion stutter at times, but the overall image quality was excellent. There was no undue pixelation, no image noise and no contrast or colour problems. There was a moderate halo effect due to the picture being overly sharp, but this was corrected by turning the sharpness setting down to zero.

At 1080i, we viewed the HD-DVD version of King Kong and found no problems at all. In fact, the background clouds and textures displayed no noise or visual defects - a problem found in many other TVs during this test. The level of detail was very impressive and there was no over-sharpening or contrast stepping. Black levels were excellent and, while there was a small amount of red over-saturation, this was easily correctable.

If you're buying a TV for high definition content, the R8 series will definitely do the job nicely.

To test standard definition, we used our Digital Video Essentials (DVE) DVD and the lobby scene from The Matrix. In the DVE greyscale tests, we found no image noise or discolouration. The blend along the greyscale ramp was excellent with no stepping or contrast issues. The colour tests were equally impressive, with no noise in any of the colours and excellent colour reproduction overall. These tests are designed to discover any issues a TV may have at a fundamental level. Considering the high-quality images that we saw in the HD tests, we weren't surprised that we didn't find any problems during the DVE tests.

When viewing The Matrix, we once again noticed a small amount of motion stutter, but it wasn't a distraction that prevented us from enjoying the film. There was image noise in the picture, but it was on par with expected scaling artifacts. We also noticed a slight magenta discolouration in some of the background textures. However, there was no contrast stepping on skin tones and no pixelation or haloing on edges.

We connected the panel to a PC via the VGA D-Sub port at the maximum supported resolution of 1280x768. Using DisplayMate Video Edition we ran an extensive series of tests designed to uncover any image quality flaws at a fundamental level. The panel passed most of the tests convincingly and was among the better units we have seen for PC connection. The colour reproduction and grayscale tests was both top notch with no discolourations, streaking or noise. The horizontal resolution test was delivered flawlessly but the vertical tests suffered from moderate banding issues. Since the native resolution of the panel is 1366x768 and the testing resolution was 1280x768 this banding is clearly the product of interpolation problems. However, this issue will most likely not affect most users unless they use the TV to display spreadsheets or fine line graphics.

The design of the LA32R81BD is quite elegant and aesthetically pleasing. The chassis is piano-black with curved edges and an oval stand. The 'V' shape of the lower bezel on the R7 series has now been replaced by a subtle and attractive, clear crescent accent, which is bathed in blue neon. One thing we always love about Samsung TVs is the extremely logical layout of the ports at the rear of the TV. The ports are easy to get to, easy to connect and, with this model, quite extensive. The R8 has two HDMI, two Component, one composite and one VGA D-Sub port for connecting to a PC. Furthermore, the left side of the unit also has HDMI, S-Video and composite ports.

The speakers are hidden behind the bottom of the bezel and face downward toward the stand and produce hgih quality audio with good bass, rich mid-tones and clear treble registers. However, even though there was no distortion at high volumes, a measure of clarity can get a little lost in the bass.

The integrated HDTV tuner performed well and took only 5 minutes tune (analogue and digital channels). During this time, it found 52 digital channels - an impressive result considering the average most TVs can find is 46. Channel switching is very quick and the channel list option is well-laid out and easy to navigate.

Overall, the Samsung LA32R81BD is not only attractive, it performed well in all our tests and it's easily one of the best current-generation high definition LCD TVs we have reviewed. It will undoubtedly be popular with consumers due to its design and price tag, but that's not the only thing it has going for it. If you're looking to buy an R8-series LCD TV, you won't be disappointed with its image quality.