An energy-efficient, 52in Sharp HD TV with LED backlighting 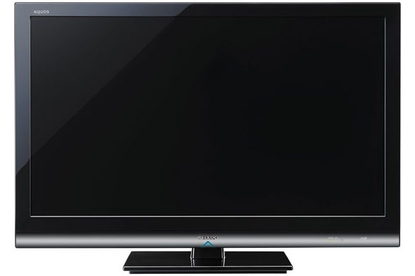 If you're on the lookout for a mid-range large screen HD TV, the Sharp LC52LE700X is a worthy choice. It combines excellent picture quality with an energy-efficient design. Highly recommended.

The Sharp LC52LE700X is a 52in, LED-backlit LCD television suitable for plus-sized living rooms. Like its predecessor, the LC40LB700X, it boasts great picture quality and faithful colour reproduction. It's also exceptionally green-friendly for a large screen TV, with an energy rating of seven stars.

The Sharp LC40LB700X uses LED backlighting, which means it is roughly the same size as a regular LCD television. Measuring 1238x817x357mm and weighing a hefty 28kg, the Sharp LC52LE700X isn’t the kind of TV you’d stick in a tiny bedroom. It sports a traditional, unobtrusive design that is nevertheless quite elegant.

We were disappointed by the lack of a swivelling stand, however; this means you will need to position the TV at an optimum viewing angle for the whole lounge room. The fixed stand can also make adding cables a pain; especially if you have the TV pushed up against a wall. On the plus side, Sharp has included an HDMI port on the side, something that some HD TVs lack.

The bundled remote control is pretty standard fare; it has large buttons that remained perfectly responsive throughout testing. It also comes with a one-touch control for Sharp's Aquos Bluray player range.

To test the Sharp LC52LE700X imaging performance, we watched some free-to-air television and a handful of Blu-ray discs and DVDs using Samsung’s BD-P3600 Blu-ray player. Picture quality from the screen is excellent, with high levels of image clarity and plenty of vivid colour. Motion was smooth and ghost-free, even on low-quality television broadcasts — courtesy of a 100Hz refresh rate.

The Blu-ray version of Braveheart was awash with sumptuous colour; it’s the best the film has looked since we saw it at the cinema. The panel’s 2,000,000:1 contrast ratio gave blacks an inky depth that were dark and bottomless (insert Mel Gibson’s soul joke here). We were especially impressed by the sharpness of images; the level of clarity offered by the Sharp LC52LE700X is among the best we have encountered.

Standard-definition DVDs also looked good, although it’s important to note that this is reliant on the upscaling abilities of your player.

As mentioned, the Sharp LC52LE700X boasts a seven-star energy rating thanks to its LED-backlighting (read Sharp Australia's environmental policy). According to Sharp, this is the first 52in LCD TV to sport such a high energy rating. This makes the Sharp LC52LE700X a great choice if you’re conscious about the environment or would like to cut down on electricity bills.

If you're on the lookout for a mid-range large screen HD TV, the Sharp LC52LE700X is a worthy choice. It combines excellent picture quality with an energy efficient design. Highly recommended.