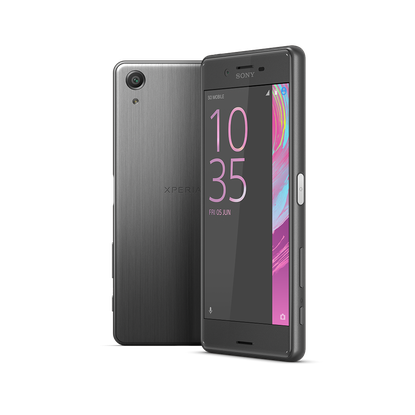 A mediocre, mid-range phone at a massive price. The Huawei P9 is a better buy than the entire Xperia X range.

We’ve been using the Xperia X Performance for a while now and wondering where it sat in the new Sony smartphone range. It’s smaller and less interesting than the Xperia Z5 and it isn’t waterproof either (splash proof only). It looks like a mid-range smartphone with (possibly) better build quality. Using it is like a regular Android phone with a bunch of Sony crapware on it. It’s like Sony’s phone department has slipped back in time several years.

At the launch event in Sydney we got to play with the ‘budget’ $499 Xperia XA (which was popular due its small size, build-quality and styling despite the 720p, not-so-bright screen) and the ‘mid-range’ $799 Xperia X which isn’t too different to this $999 Xperia X Performance. Our US cousins reviewed the X a few weeks ago (video review here) and you could smell the disappointment. An overpriced, mediocre, mid-range Android phone that Sony had “phoned in” was their damning conclusion. And at $999, we really had to go searching for anything positive to say about its big brother, the flagship, Xperia X Performance.

Handling and general use

The Performance looks good with its rounded corners and aluminium chassis (it’s available in four colours: Lime Gold, Rose Gold, Graphite Black and White). The Full HD screen is very bright and clear – not surprising considering Sony’s Triluminous technology has frequently impressed us in its TVs. It feels a bit chunky and fat though and that’s disappointing considering that the battery isn’t very big.

Phone calls can be crisp and clear. Video recordings showed us how good the microphone can be and we had few complaints from the people we spoke to.

The fingerprint reader on the power button is generally convenient and works well when unlocking the phone but it’s not a patch on Huawei’s super-fast and accurate versions that we’ve seen lately on the Mate 8 and P9. The volume button now sits at the bottom right hand side along with a camera shutter button. They functioned fine.

One of the main included Sony apps was LifeBlog which acts with the internal pedometer and, in many other instances, with a separate Sony LifeBand. We found it didn’t measure all of our steps that well and it was very generous at telling us how many calories we’d burned. There are plenty of third-party apps like My Fitness Pal which are more useful.

Beyond that, there are a few hassles about downloading apps from the Xperia store and other Sony-related stuff – an offer to download an Uncharted Theme or to watch a James Bond exhibition tour currently sit there. They often clog up the Android Notification stream which gets annoying.

Ultimately, at 5-inches the Performance feels small. Granted, some people prefer small phones but with the Z series we were given a choice. The X-series gives us small and smaller.

There’s nothing particularly special about using the Performance. It feels like a well-built, mid-range Android phone. But that’s about it.

According to Sony, “Xperia X and Xperia XA offer up to two days’ battery power from a single charge.” That’s as maybe. We found the X Performance’s performance was poor – it barely lasted one full day when doing comparatively little. Constantly reminding us about all the crappy Sony software and services we could pay for probably didn’t help its cause here.

Sony sets the rear camera to 8-megapixels by default but it’s actually a 23-megapixel unit. Sony raves about the fast focus and “intelligent” ability to track subjects. It does to a degree but not to the point where it felt better than what we've seen elsewhere. Besides, the best it can manage was 60fps 1080P video – it’s predecessors managed 4K Ultra HD video. In a world that’s fast becoming 4K-friendly and with Sony’s pushing of its excellent 4K TV range, why the step backwards?

Read more RIP: The BlackBerry Classic and its iconic keyboard is dead

We’re told that Sony’s optical image stabilisation “SteadyShot” takes things to another level. In reality it was rather poor. Handshake was a constant issue (no matter the mode) and colours weren’t great. Audio capture was actually impressive, but we wouldn’t want to rely on this for much.

Few people like panoramas, but we do. Yet this was one of the worst panorama cameras we’ve used in years. Quality is low, stitch accuracy is poor and we consistently had black marks appear in the sky when we wobbled a bit – something that should be coped with easily these days.

Sony's Augmented Reality feature - which lets dinosaurs roam around or make everything seem like it's under the sea, doesn't look like its progressed in years. It stuttered a bit too making us wonder if the processor was really up to it. The selfie versions look like old hat in the face of what SnapChat offers nowadays. Disappointing.

Read more What do Sydney's famous landmarks look like in a Pokemon world?

For general photography, low-light performance could be good – from the front and rear camera. The selfie camera is high-resolution and capable of greatness but it did take some blurry shots too. The rear camera was decent enough but didn’t blow us away. If lighting was good and neutral then colours could pop, but it struggled with basic landscape shots which looked flat.

For portraits, we were impressed though, colours were neutral even when lighting wasn’t great and sharpness was good – just what we’d normally expect from Sony.

This is a mediocre mid-range phone at a premium price. Pretty much every competitor is a better buy and because they all came out earlier in the year, their prices have dropped:

The excellent HTC 10 can now be had for just over $700, The highly-regarded Samsung Galaxy S7 Edge can cost the same. The interesting LG G5 now can be had for under $600. Possibly most damning of all is that Sony’s old Z series phones are all still available and offer better features, performance and value across the board. You can buy Z5 Compact for under $500, Regular Z5 for $544 and the Z5 Premium for $684. All of these represent better buys than the X series phones.

But these aren’t even Sony’s biggest problem. Huawei’s latest flagship, the Mate 8, might not have a screen as colourful as Sony’s flagship but it’s one-inch bigger and probably our best all-round Android phone on the market. However, what really looms large over the entire Sony X series is Huawei’s brilliant $799 P9. It doesn’t just offer similar styling to Sony’s it destroys it for photography performance (thanks to its partnership with Leica and dual lens setup), the fingerprint reader is the best in the business and the battery life is comparable (if not better). The RRP is the same as the Xperia X but it can be had for well under $600 with grey import.

When announcing the end of the Z series recently, Sony said, “The Xperia Z line has reached its culmination – Xperia X series represents a new chapter and evolution of our product strategy. Whilst the Xperia Z series was all about bringing the best of Sony’s advanced technologies to smartphones, Xperia X series is based on bringing smart, adaptive Sony user experiences across camera, battery performance and hardware / software design.”

When your new product is slapped down by your old product and when your new range is completely outclassed by the rest of the market on launch day and the fact that this is Sony we’re talking about, it all begs the question, “WTF were they thinking?”