If you prize performance over design, then the big-screen Acer Nitro 5 and its RTX 3080 graphics offers an appealing value proposition. 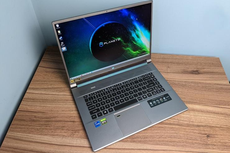 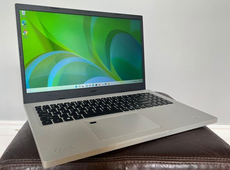 Made with PCR plastic, the Acer Aspire Vero stands out from the midrange laptop pack with a funky, eco-friendly design. It's the first laptop we've tested with Windows 11. 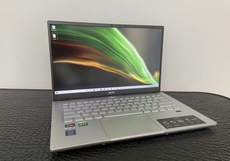 It stumbles in some fit-and-finish details, however.

In Pictures: Windows 8.1 tablets with 8-inch screens: Which one is right for you?

Dell, Toshiba, Acer, Lenovo and ASUS battle it out for supremacy in the market for low-cost tablets pre-installed with Microsoft Office

The Acer Iconia A1-810 is a low-cost, 7.9in Android tablet with a very competitive price tag. It could prove to be a good alternative to the iPad mini if you're on a budget. Let's take a look!

To coincide with the Top Gear Live show, Acer is offering its Ferrari One notebook for a special price of $1299 from Harvey Norman. It runs on the AMD Vision platform, which includes an AMD Athlon X2 L310 CPU and an ATI Radeon HD 3200 graphics adapter. You also get 4GB of DDR 2 SDRAM and a 500GB hard drive. It weighs 1.5kg and comes with a 6-cell battery.

For more than seven years, Australians have gone without computers with cow-branded logos. Now, thanks to Acer and its "multi-brand" strategy, Gateway is back, toting an entirely new range of notebooks.