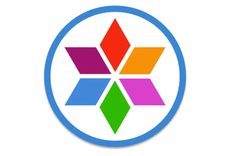 MacCleaner Pro 2 review: Rid the junk clogging up your Mac

A good interface and good set of utilities for your Mac. From simple choices to complex triggers, you can ensure your Mac is awake for important tasks. Apple Watch Series 7 review: Still the best with the smallest of changes

Maybe it's time for Apple to consider updating its Watch every other year? No Mac utility will save you more time and frustration in overcoming major macOS navigation omissions. If only upgrade to the MacBook Pro was the processor, it would be a big story. But there's a lot more to this laptop from the inside and out.

So-called 'malvertising' is the exact reason why Apple wants you to use its App Store.

We got our hands on Apple's new HomePod smart speaker. Here's a peek at what to expect.

In Pictures: 15 new iOS 9 features that are rocking our world

Sometimes it's the small things that make the biggest difference.

Eight years since its debut, Apple's iPhone has changed and conquered the smartphone market. Here are some interesting facts you might not know about the iPhone.

In Pictures: 12 lesser-known Apple Watch tips and tricks you should know

From using Siri to muting notifications to saving battery life, here are some of the most useful Apple Watch tips and tricks you should learn.