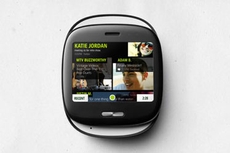 Microsoft's Kin One has slick software, but unimpressive hardware

A social-networking aggregation application for the iPhone, Vodafone Update combines Twitter, Facebook, MySpace, LinkedIn and Twitpic accounts into one interface. This social-networking phone doesn't have a great design, but it offers good value for money

You probably either love Twitter for its quirkiness and brevity or see it as a pointless waste of time. After nearly a decade on the social scene, Twitter still needs to improve its user experience and fill in notable gaps in the service. These seven problems are long overdue for a fix.

In Pictures: 9 most important announcements at Google I/O 2015

From Android M to Google Photos to the updates to Google Play, here are the most important announcements at Google I/O 2015.

In Pictures: Here’s what the floor at Google I/O 2015 looks like

Check out what actually happened at Google’s big annual shindig in San Francisco.

A look ahead to this week's Big Google Thing in San Francisco on May 28 and 29.