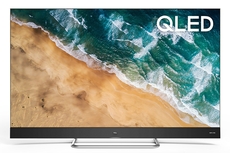 Does crazy price equal crazy good for the Kogan 55" TV?

Simply the best TV you can buy. And now it’s affordable too

Last night we had our first look at Samsung’s new TV range. Few won’t have been impressed. The colour performance is stunning and rivals LG’s OLED TVs. The motion smoothing is also nothing-short-of-amazing.

The top 10 best tech gadgets and products of the year. And the worst.

Shape of things to come: Phones, TVs and more are starting to throw us curves

In Pictures: Google Chromecast brings Google into your living room

Google has announced the Google Chromecast, a small device that lets you stream online content and sync your phone, tablet or laptop with your TV.